The calls come in at every hour of the day or night, dialed by someone who needs help or support and answered by someone who is trained to remain calm, get details and assess the situation.

And when things get hectic, the 911 and dispatch operators at Alberta’s two RCMP operational communication centres turn to each other for support, said telecommunications operator Kathleen Perron.

“Operators take a lot of verbal abuse in their calls. Everyone is at their most stressful when they call 911, it’s never something pleasant,” she said.

“We rely on each other to be strong for each other when we answer those calls.”

About 200,000 of those calls were from people who dialed 911, while the remainder came from the 136 detachments and agencies — including Alberta Sheriffs and various municipal and Indigenous police agencies — that rely on the operational communications centres for support while they’re in the field. 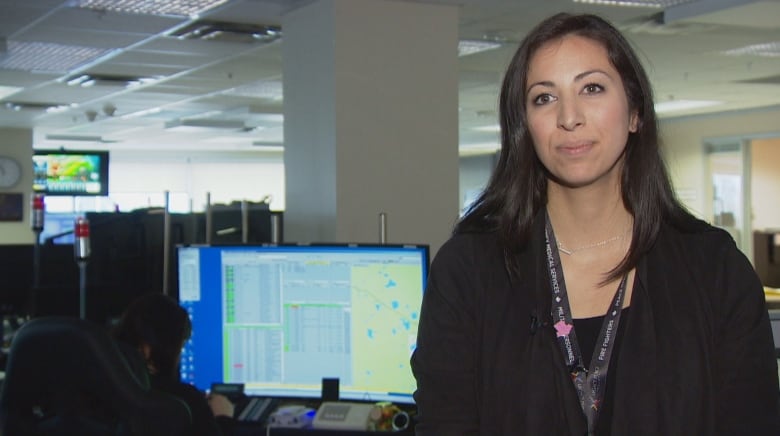 The Edmonton centre answers calls for northern Alberta, while the centre in Red Deer handles dispatch for the south. Calgary and Edmonton police have their own call centres.

“You’re the voice in a very dark night for somebody, whether it’s a police officer — because they depend on us to assist them if ever they’re dealing with a high-stress environment — or high-stress calls for the public.”

Operators are trained to stay calm while trying to obtain as much information as possible from the caller.

As much as possible, the training reflects real-world scenarios, Perron said.

“We have done regular training sessions where we practice active shooter situations. Some are involved with the members to practice if there’s ever a high-stress situation, because we need to be as prepared as possible.”

RCMP 911 operators are being recognized for their commitment and dedication to their jobs 1:32

The Fort McMurray fire of May 2016 was the ultimate test for the operational communication centre in Edmonton.

Operators were supporting evacuees and RCMP officers impacted by the fire, while also taking 911 calls for the rest of northern Alberta, said Perron.

“There were cots set up outside and people were sleeping between shifts, just to get any amount of sleep possible, to be able to help those people that were in need.”

An operator’s work is intense but rewarding, said Perron.

“I come home at the end of the day, and as tired as I might be, I know that somebody on the other side of the line, their day was essentially made better,” she said.

“I might have saved somebody’s life and that’s pretty special.” 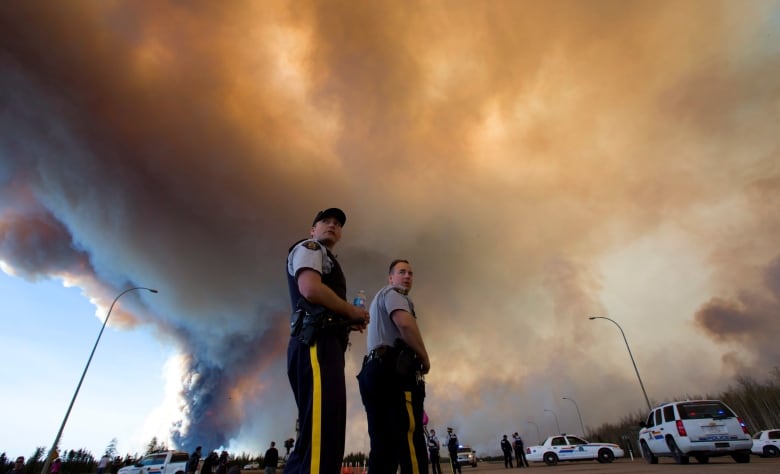 RCMP officers were supported by the staff in Edmonton’s Operational Communications Centre during the 2016 Fort McMurray fire. (Jason Franson/Canadian Press)